Our Board members share our passion for engaging with and advocating for the SCI community.

Harsh Thakkar, a Maryland native, serves as the current president of the Metro DC chapter. As president, he manages to attack the numerous challenges that the Spinal Cord Injury/disorders (SCI/D) community faces, such as community re-entry, education, housing, equipment, transportation and more.

Harsh is also the peer wellness coordinator at MedStar National Rehabilitation hospital. In his current professional role, he coordinates two programs that encompass complete wellness for those impacted by neurological disabilities and disorders. The programs Harsh coordinates at NRH serves over 100 individuals with varying disabilities on a weekly basis.

Harsh has been a strong advocate for the disability community since his own personal injury back in 2006. As the young victim of a violent incident, Harsh understood from an early age the importance of self advocacy and the necessity of a solid support system.

Harsh believes that there have been positive changes for individuals with disabilities, and continues to contemplate how to bring about these changes at a more rapid pace. His curiosity and eagerness keeps him fighting for the causes that impact millions of lives daily. A strong believer in the power of numbers, Harsh aims to bring positive change to all facets of life for those who don’t feel their voices are heard.

Dallas Disbro has been a board member for the Metro DC Chapter of United Spinal since April 2017, and he currently serves as the Fundraising Committee Chair. Dallas sustained a spinal cord injury in May 2016 when he broke his neck in a diving accident, and he still receives ongoing outpatient therapy at MedStar NRH.

Dallas currently works as a Financial Advisor for Merrill Lynch/Edge at a Bank of America branch in downtown Washington, D.C. He is 28 years old and has lived in the D.C. area for the past 6 years. Prior to moving to D.C., Dallas graduated from the Virginia Military Institute where he was recruited to play soccer. During his cadetship, he transitioned to becoming a springboard diver with the men’s swim team.

Jessica Loeser has been working as an inpatient occupational therapist at MedStar NRH since March 2016. She began working with the SCI team that summer and greatly enjoys empowering others to live independent and meaningful lives post-injury. She is certified in PAMPCA to assist regaining strength and range of motion through the use of modalities and has taken courses related to functional mobility, manual therapy, and pain management to ensure quality care for her patients. She also participates in therapy groups at NRH, including teaching upper extremity and wheelchair skills to assist patients in gaining new abilities and adaptations for greater independence.

Recently, she implemented a weekly SCI support group for inpatient rehab due to the high need to address the mental health concerns of her patients. Some topics have included grief and loss, stress management, advocacy, and sleep hygiene and sessions are often run with a psychologist and SCI peer mentor for additional support. Mental health and advocacy have always been high interests of hers, and outside of work she volunteers as a Sexual Assault Response Advocate in VA to support those who survive sexual assault. She has found her home living in the DC region and is now interested in being more involved with United Spinal Association to better serve her community.

Jessica holds a BS in Health Behavior Science from the University of Delaware and Masters of Occupational Therapy from Nova Southeastern University.

Joan Joyce lives in Arlington, Virginia and has been employed at MedStar NRH in Washington D.C. for 23 years. As Director of Therapeutic Recreation and Community Outreach, Joan started a community adapted sports and fitness program that serves over 200 individuals to facilitate healthy lifestyles for those with physical disabilities.

With over 25 years of experience in post-acute rehabilitation, Joan was first elected to the United Spinal Metro DC Board in 2015. She currently serves as Secretary but has previously served as Vice President. She is also on the board of the Endependence Center of Northern Virginia (ECNV).

Joan has a MS in Recreation Administration/Therapeutic Recreation from the University of North Carolina, Chapel Hill and is certified as an Aquatic Therapist (ATRI).

Dr. Samuel Gordon has over 25 years of experience at MedStar NRH, serving patients with spinal cord injuries and coordinating medical and pediatric psychological services. His knowledge and expertise has allowed him to develop a specialty in treating individuals with disabilities from violence and other causes as they strive for positive community reintegration.

Born in Panama and raised in the South Bronx and Harlem neighborhoods of New York City, Dr. Gordon’s interest in the mental health of urban residents began in the early 1970s while serving as a U.S. Navy Hospital Corpsman and Operation Room Technician.

Prior to coming to the United Spinal Association, Kent had a 37-year career working for a member of Congress doing everything from a summer internship to serving as Chief of Staff. Kent came away with a strong commitment to constituents that he has put to work advocating for United Spinal’s legislative agenda. In 2007, Kent sustained a level C-3, C-4 spinal cord injury from a fall in his home.

At 21, Shannon Minnick was in a car accident that changed her life. Twenty-seven years later, her mission is to help others who feel like they can’t achieve a fulfilling and active life with a disability. As Ms. Wheelchair 2010 and her work as the Assistant Coordinator of the Ms. Wheelchair Maryland organization, she co-founded the Women on Wheels Support Group to empower women with disabilities. Shannon believes that increasing the awareness and use of health and social services can improve the level of community participation, integration and quality of life.

Shannon currently works as the Youth Programs Coordinator at Independence Now and serves on the boards of the Governor’s Interagency Transition Council for Youth with Disabilities (Maryland), the Spinal Cord Injury Consortium, MontCo Accessible Cabs, and Getting around the County.

As the Executive Director of the Office of Accessible Systems and Technology (OAST), William Paterson is responsible for improving the usability and accessibility of the Department of Homeland Security’s (DHS) electronic and information technologies.

Prior to joining DHS, William spent more than eight years at the National Institute on Disability and Rehabilitation Research (NIDRR), in the Department of Education, where he served as one of NIDRR’s principle scientific program managers in the areas of biomedical and rehabilitation engineering. William is also the founding co-Chair of the Interagency Committee on Disability Research, Subcommittee on Technology, where he served from 1996 to 2005, and was the Department of Education’s liaison to the U.S. Access Board from 1997 to 2005.

Ginger Walls is a Regional Clinical Education Manager for Permobil. She has over 28 years of experience as a physical therapist in the area of neurological rehabilitation and wheelchair seating and mobility. Previously, she directed Outpatient Therapy Clinics and the Seating and Mobility Program at Medstar NRH in Washington, D.C. Additionally, Ginger has authored a number of continuing education courses, articles, and lectures in the area of seating and mobility for many years. She has presented at major industry conferences including ISS, RESNA, and the PVA Summit. 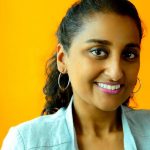 Elizabeth Kumar is the Communications Manager at the ENDependence Center of Northern Virginia where she does website development, publications, event planning, fundraising and development. She also mentors others with disabilities. As a community resource and advocacy center run by and for persons with disabilities, ECNV’s mission is to END dependence by empowering people with disabilities to live independently. Elizabeth graduated from UMBC Baltimore County in 2000 with a bachelor’s degree in Psychology and a certificate in Elementary Education. She was a classroom teacher for Howard County Public Schools until 2004.

Elizabeth started her master’s degree at Johns Hopkins University School of Business and Education and finished her degree at Walden University in 2008 after an illness that left her a paraplegic. Elizabeth continued her career as a teacher at Kingsbury Day School for students with learning disabilities. In 2016, Elizabeth got a chance to explore a career in acting by doing several commercials for the Department of Labor, Homeland Security and the Discovery Channel. This gave her a chance to speak about disability rights and issues and the importance of seeing people beyond their disability. After getting the opportunity to teach older adults with disabilities at Kingsbury Day School, she realized she needed to do more and decided to work at ECNV to mentor others to help them reach their goals of independence. 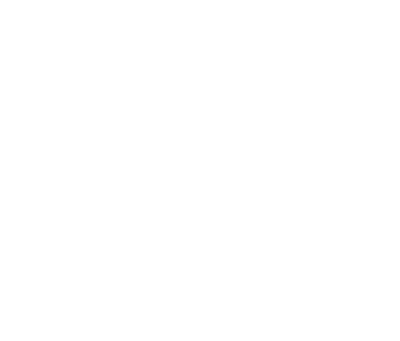